Theke appears in the Nordest Economia insert of the Messaggero Veneto dated 05/20/2019 with an interesting interview with the owner, Michele Filippi; during the article are explained the origins of the brand, the specific sector in which it operates, the specificity of the products offered and are described the symbolic works of the brand, such as the Royal Palace of Naples and the Pallottino Museum of Melfi.

In addition to the work already done, mention is made of future projects, on which the production of the new Bookshop for the Scala del Bovolo and the preparation of the exhibition in honor of Gribaudo, always at the Bovolo, prevail.

The article then reports a series of statistical data, citing the fact that 40% of Company turnover currently comes from sales abroad, a margin on which an increase is expected in the immediate future, mainly in the UK market thanks also to the participation in the largest museum association in the Country.

In conclusion of the article it is reported what can be considered a bit the leitmotiv of the Company, that is the fact that focusing on technological innovation, on the quality of raw materials and manufacturing and guaranteeing a good customer service it is possible to face any variation of the market conditions and always remain perfectly at the forefront. 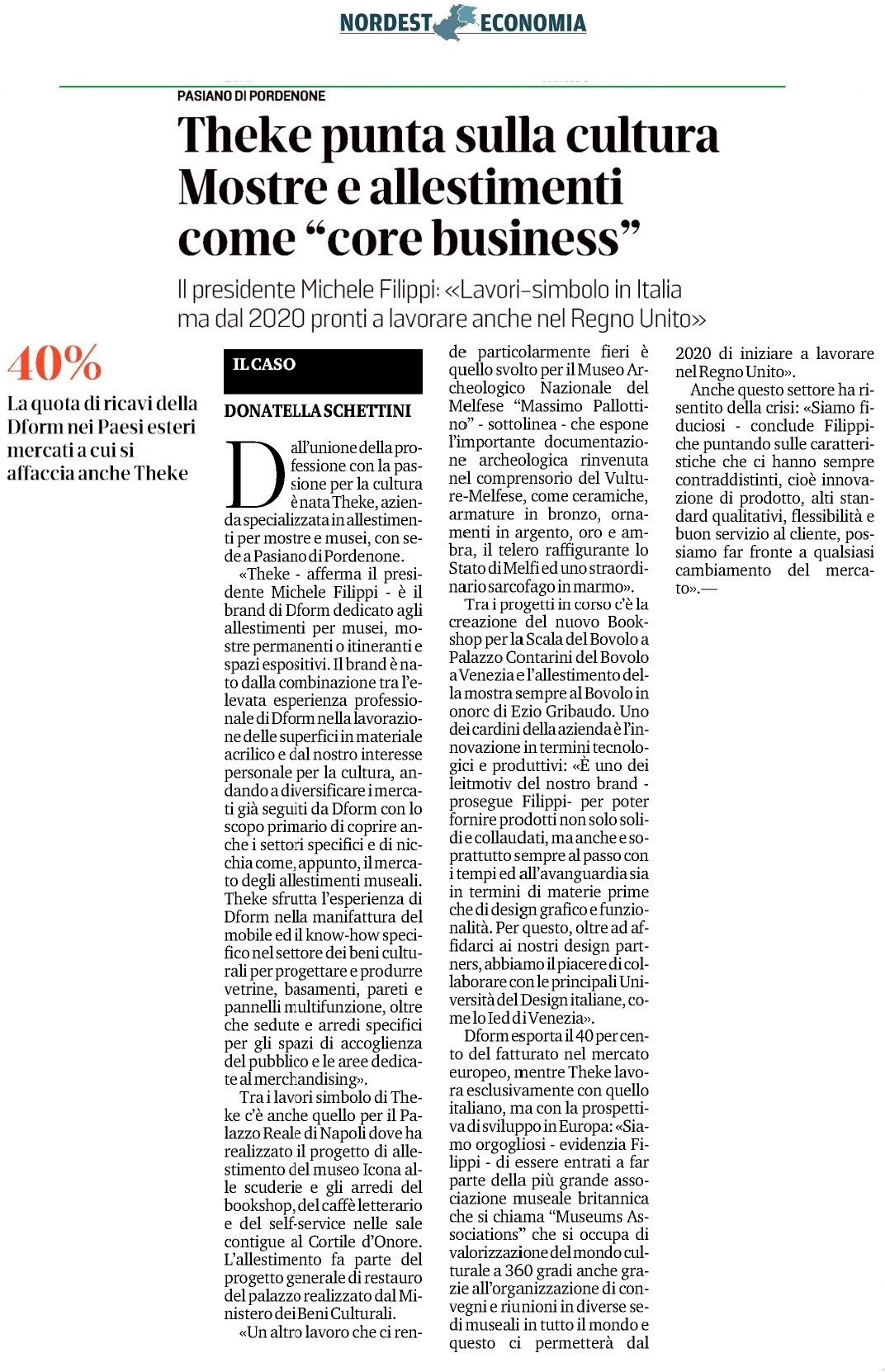